Too Many POV's For This Girl

I am so disappointed, I didn't have the experience I expected after reading the previous books. I rushed through them to get to this one. I struggled to stay involved in the stories from the beginning. I read it during the world wide lock down from the Coronavirus, so I had plenty of time. I admit to being stressed who isn't ? But I've read other books and not felt so disconnected. There were too many POV's going on that didn't connect. it was crazy frustraiting for me. I couldn't get into one storyline before it switched to another. The worst for me was that each storyline was so different, I was thrown out into a new world at each change. I loved Nicolai, in the past books but here he felt like a shadow.
Romance ? There were hints at a romance brewing, but I never felt it, or hoped for them. I didn't get the wanting, can't even see them together.
Okay I will stop whining. bottom line, it didn't work for me.

On my second go with this book. I've struggled, it seems so slow compared to her other books. There has been a lot of thinking, chaining, and talking about the what the if's but no real action, yet. I think I'm finally at the point where everything will happen. I'm struggling with concentration during these quarantine times on all things. 2.5 Smexy, and a lot of orgasims, yep a lot, giggling (ugg) and a monster sized co*k. I enjoyed parts of this but overall not for me. It was a bit too smexy for my taste, sex was the answer to almost every contact. I really liked the story but it kept getting thrown to the side so they could swap body fluids. Really he hit the spots so many times it was crazy. The female main character was so open and communicative and then so shut off and childish, The silly nicknames, were kind of cute in the beginning but were old and tired by the end of the book. Okay and this weird part with his mother, what was that all about ? never explained and really strange. It was what is was, a sexy erotic sex tale, a story with a lot of stuffed holes. Oh and nearly instant love/lust- yeh right. not for me Success!! I made " nacho cheese sauce" vegan and it tasted like nacho cheese sauce, good one not movie theater yellow paste. It was healthy too with - raw almonds, almond yogurt, butternut squash, chipotle pepper, nutritional yeast, onion, and tapioca flour 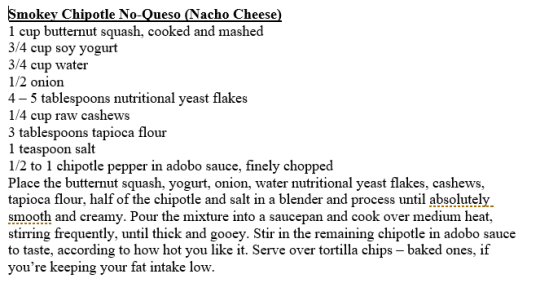 A Typical Day In My Life Now Time to make some delights :P

I got to 20% and just not feeling it. I'm so distracted, I can't remember much of the first pages. I'm taking a break from this to read during less stressful times. I need something light and funny

I have read this first 5% three times and still can't remember most of it. I'm just too distracted/stressed/isolated. LOL I think I'll try another form of escape for a bit and see if i can get back to this. There are so many visual tours online of museums I think I'll go in a staycation.

So Tired of the Main Character Semi possible spoilers below
It might be the virus climate but I'm feeling negative about this one
What was this book like ? All yee all yee welcome to the church of Alina.
It was a good ride. I'm glad Alina and Mel seem to be out of the story for the spin off. I loved them in the beginning but grew to dislike them both as a couple and grew really tired of little miss all powerful. I know, what is wrong with me ? I got tired of Alina being the snowflake that would save them all, of everyone circling around her, worshiping her, Alina, Alina, Alina. Meh.
The ending ? Really you pulled that card ? Why not the crash and burn stay crashed and burnt ? it would have made a more impactful ending. I was left eye rolling and sighing the easy path taken. I don't want a happy ending after what went down. Omg did you see the sex scene ? No you didn't it was a blink and it was over. Shouldn't there have been tingles ? After giggles ? Something ?
I am moving on the The King of Scars which I'm told is wonderful. Fingers crossed

What a twisted scribed magical fiendish web of deceit the author has woven. I just finished and feel like I need to catch my breath. I’m still hanging off the side of the cliffhanger ending. Everything was a question with unknown answers, with lies, truthful answers that could be twisted to seem other. You think you know, they thought they knew but could you know if you have been lied to ? But, which are the lies ?
Oh it is intense, there was some serious power struggles going on. Power rearing its ugly face with a God like being determined to rule them all. Oh but it was not just one, no there were others involved other with secrets and a desire for something more. Battles are lost people are hurt, some characters die, it is a brutal desperate battle. I cringed a couple times when one of my favorites was, well you’ll find out.
I really enjoyed the slow building of the characters relationships with each other. They had to learn to trust, to open themselves up. There had been so much trauma, and lies. The author did this beautifully and believably. It also made it harder to say goodbye to them.
Oh the ending was such a shock, I never saw that coming ! Yes, I knew something was wrong but WOAH ! Now I must wait for book 3, waiting can be so hard . No WAY ! I knew he was something but that ? NO WAY ?!?!?!??! Danger massive twist ! So what now, what does this mean for the future ? Will he die, will someone else marry someone, will this be the new it couple ? WHAT ? dang it I need to read